Don't go to Italy alone! Get connected with fellow students from your country and travel together! here

Find & apply to programs offered in following Degrees within Italy

Thanks to the many opportunities and the numerous options that studying in Italy easily offers, there are quite a number of reason to choose Italy as your study destination, some of them include; top-ranked universities, very affordable tuition and great scholarship opportunity, limitless possibilities, post-graduation opportunity and life quality.

Presently, there are ninety-seven public and prıvate run universities in Italy, many of them being government or state-operated.

A good number of private universities are also very functional and high ranking in the country as well.

There are also 139 other institutions of higher education across Italy. They offer specialized programs and courses in subject areas like arts, music, science, technology and inventive research. 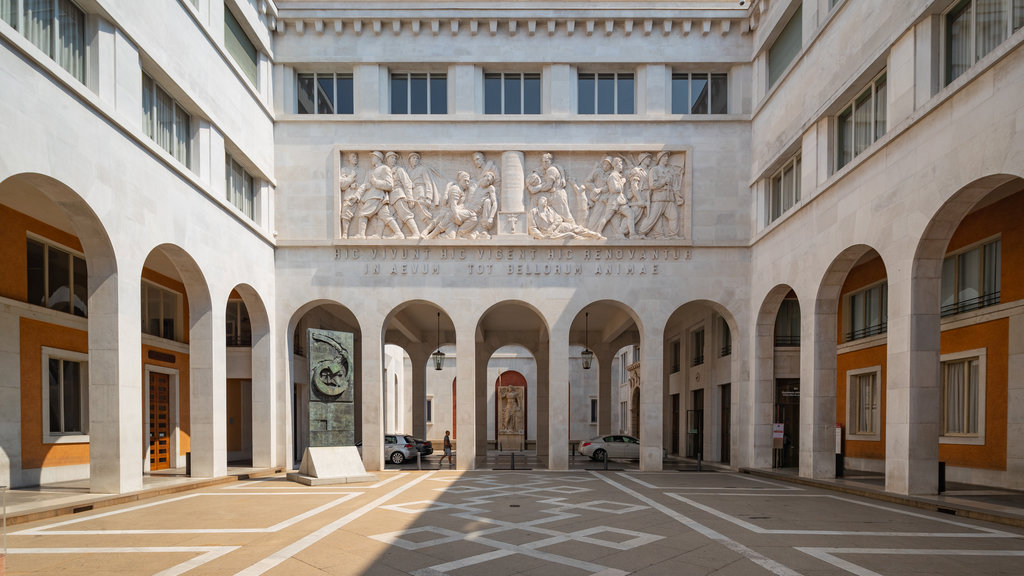 Italy is home to world class universities and RocApply gives you the chance to compare their rankings. Read more...

Find out if you are eligible to study in Italy and what documents you need to have in your possession. Read more…

Italy has a traditionally rich culture which students tend to explore and enjoy. Discover the culture! Read more…

Discover how you can get to Italy easy and cheap. Read more…

If you love shopping then Italy might be the best place for you. Find out about shopping tricks. Read more…

Interested in knowing if they party hard in Italy ? We tell you where! Read more…

Italy has always been an interesting study abroad location for foreign students because of the educational standard combined and economical tuition fees than in many other countries in Europe. In the new scheme by the country’s educational system, it has welcomed over 40,000 international students into its borders in the past five years.

The nation upholds one of the best qualities of tertiary education as has done so for many years. University education in Italy dates back to the middle age and the renaissance period where the first higher institutions in Europe were established.

One of the oldest universities to ever be established was founded in Italy in 1088 and is still functioning as the university of Bologna to this day. Italy has several universities and colleges that have gained worldwide acclaim thanks to their many academic achievements.

Notably, the country has been very pivotal in creating an educational module that was first introduced in 1998 but has fast become effective across the continent. This model is known as the ‘Bologna System’ and Italy is one of its founding members.

Presently there are over 90 universities in the country separated into state, public and private institutions for higher learning.

Generally, there are over 130 other higher institutions that also offer different courses at different levels. Specialized institutions are also very popular in the country, focusing on specific subject areas or fields.

Additionally, English taught programs are fast growing in the country thanks to the growing numbers of foreign students, although a large number is still generally taught in Italian.

If you are looking to immerse in a great education and rich culture then Italy is definitely an excellent choice.

Italy, a country with history, art, beauty, and elegance home to some of the greatest food and culture ever. Italy as a country has stood through history as one of the pivotal contributors to the development of the modern world.

Italy is recognized for its unique people and its excellent geography, sitting right at the meeting point between Eurasian and African plates.

Italy, officially known as the Italian Republic is a unitary parliamentary republic on the continent of Europe, most of the country’s geography is at the heart of the peninsula that extends into the mediterranean sea.

Italy has a mostly temperate seasonal and Mediterranean climate and has a present population of 60.57 million people with the majority percentage of its citizens being pure Italians and other foreigners at 8.5% of the total population. The country is the 4th most populous EU member states presently.

Italy is known as a global center of history and culture and has more a total of 53 world heritage sites more than any other country on earth. Italy is also the interestingly the fifth most visited country in the world.

Over 50 million tourists visit the country every year and the money generated constitutes over 60% of their national income.

Italy is one of the founding states of the European Union and is also a member of the G-8 countries, they adopt the EU Euro (€) currency and are very important trade and economic partners with many other EU nations.

The main language of Italy is Italian which is a romance language descending from Latin, however many regions in the country have their own dialect that is very so significant in their vocabulary and grammar but they are very separate languages altogether.

The capital of Italy is Rome and it is the largest city.ıt has been the capital since 1871 and is over 3000 years old. Italy is famous for its sports, arts, music, and cuisine and they are very prolific in these areas.

Other exports include beverages, foodstuffs, chemicals, minerals, tobacco, transport equipment, high-quality furniture, and electrical equipment. Agricultural, service, and trade sectors are some of the biggest sectors in Italy.

The small and medium-sized industries in Italy play a major role in the development of the country’s economy. The sector employs approximately 30% of the local workforce and accounts for 75% of the total GDP.

Tourism is one of the leading areas in Italy and has been very rewarding for more than 100 years. Italy boasts of over 50 UNESCO heritage sites which are the highest number in the world.

The country receives many tourists in millions from other countries around the globe. The sector has also managed to provide employment opportunities for many of the country’s citizens and even foreigners as well.

The most visited cities in Italy include Venice, Rome, Florence, Milan, Trieste among many others. Tourism accounts for 12% of the country’s total GDP. In 2014, the country received over 40 million visitors and was ranked 5th in the world in terms of international arrivals.

Italy has 4600 miles of coastline with numerous ports that contribute to maritime transport, infrastructure is well developed and there are numerous expansive roads and many state-of-the-art railway lines that connect major cities.

The service sector is the largest and most developed sector in Italy and it employs 68% of the total workforce in the country.

The sector accounts for 74% of Italy’s GDP and the banking industry is a major component of this sector. Transport, wholesale and retail are also major contributors.

Why Study in Italy

Many state-owned and private-owned institutions in the country have a great quality of education with a very diverse campus home to different people from around the world.

University education in Italy uses a system that enables students to better maximize their potential and function under very favorable conditions.

The European credit transfer system allows students to better tailor their programs to suit their career goals while highlighting their strongest qualities.

Studying in Italy is very rewarding and extremely affordable, one of the most affordable on the European continent. Tuition in Italy is as low as €500 for many international students and on average students pay a maximum of €500 to €1,000 for a semester for all courses.

p>Italy is one of the few countries in Europe, that has very developed sectors and industries, students seize the opportunity to not only learn under this clime but to also find employment through this means.

The country also allows for seamless integration into their system through its very favorable permanent residency schemes for international graduates.

Italy is one of the leading powerhouses on the European continent, with years of history and culture. The country houses some of the best architecture, arts, inventions, and written literature ever made.

Italy has several wonders and many layers, and the total student experience in the country is way beyond the scope of words.

In most cases, international students in Romania are offered a 50% scholarship by the universities, however, students who achieve or have achieved extraordinary academic qualification are subject to more scholarship opportunities.

Students who also maintain an impressive academic average during the course of their studies in Romania are subject to a scholarship which is renewed on a semester basis on condition that the student manages to maintain that impressive average. The exact specific average to be maintained in order to secure the scholarship depends on respective universities, however, all the information is provided on the RocApply program page.

Universities in Romania also offer students with incredible sports-related achievements scholarships, therefore, it is important to notify RocApply officials of your sporting achievements so that they may help you as a student to secure a scholarship.

Students from EU/EFTA countries do not need a visa to come into Italy and can be in the country for up to 3 months on one visit.

However, study periods longer than three months requires that they should register for temporary residency at the local registration office (Anagrafe) in their current location within a few days of their arrival.

Students from other nationals do need a visa to enter Italy. A student visa needs to be issued to the student at the Italian embassy or consular in their home country.

One good thing about studying in Italy asides the low tuition fees is the availability of scholarships and tuition waivers for international students.

Students from other countries are eligible for financial assistance and can apply accordingly. Funding assistance is provided for students who demonstrate academic excellence or other factors such as financial status or civil status or their home country’s economy.

International students can receive a minimum of €5,000 for tuition, living expenses and housing for a year, and favorably they can also receive up €30,000 a year towards their tuition, accommodation, and stipends for a year.

Many institutions have various ranges and options and students can easily contact their Student Services for information on the options that they are eligible for or the option that suits their needs.

Documents students should carry to Italy