Find your study program and apply to Saudi Arabia Universities

Don't go to Saudi Arabia alone! Get connected with fellow students from your country and travel together! here

Saudi Arabia is definitely a country that not many people are unfamiliar with. With its striking religious prominence and dominant position in the Middle East, the country is one of the most developed and famous countries in the Asian region. Home to many of the leading universities in the Arab region, the country is already a popular study destination for international students from inside the region, and also has lots to offer those from further afield.

As well as the chance to enroll at a growing number of world-renowned universities, a study in Saudi Arabia offers the opportunity to explore the nation’s distinctive political and cultural environment at first hand, as well as visiting some of the region’s greatest ancient archaeological sites, and soaking up plenty of sun. Facilities at the leading universities in Saudi Arabia are second to none, thanks to the nation’s growing and significant investment in higher education. As Saudi Arabia opens up to the world, King Saud University is one of those universities that has taken the mantle of showcasing the best of Saudi Arabia in terms of education. As the first university to be founded in Saudi Arabia, King Saud is a good option for prospective students. Read more ... 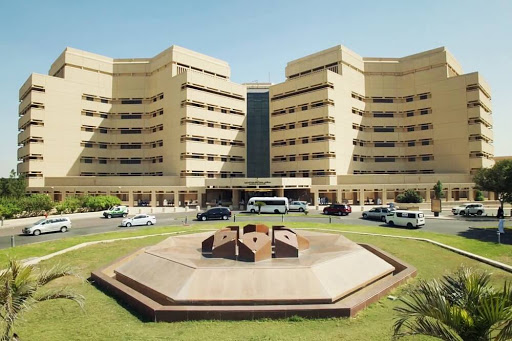 A government university that prioritizes the well-being of its students and cares for them is all that some students look for when looking for a tertiary education. Saudi electronic university is an affordable university which has targeted creating students who can excel in the work environment. Read more ...

Saudi Arabia is home to world class universities and RocApply gives you the chance to compare their rankings. Read more...

Find out if you are eligible to study in Saudi Arabia and what documents you need to have in your possession. Read more…

Saudi Arabia has a traditionally rich culture which students tend to explore and enjoy. Discover the culture! Read more…

Discover how you can get to Saudi Arabia easy and cheap. Read more…

If you love shopping then Saudi Arabia might be the best place for you. Find out about shopping tricks. Read more…

Interested in knowing if they party hard in Saudi Arabia? We tell you where! Read more…

Saudi Arabia is definitely a country that not many people are unfamiliar with. With its striking religious prominence and dominant position in the Middle Eastern region, the country is one of the most developed and famous countries in Asia.

Its uniqueness and straight lifestyle is an intriguing factor for most students who are keen to live an off-the-common country. RocApply is but your best mediator if you choose to study in this uniquely branded Asian country!

The country is mostly known for being the birthplace of Islam, one of the largest religions in the world. It is home to two of the holiest cities in the world: Mecca and Medina.

You have probably heard about this before right? In that light, the country annually draws in hundreds of millions of pilgrims from across the world. With its vivid combination of culture and modernity, Saudi Arabia is definitely an interesting choice to pursue studies in.

On a plus, tuition fees in Saudi Arabia are generally not known to be too expensive. Aside from being highly reputed and having some of the best institutions of higher education in the Middle East, tuition fees are comparatively low and most universities further offer lots of funds in the form of grants and scholarships.

The question of finance can definitely come up, seeing as it is home to some of the world’s largest cities. However, when you choose to study in Saudi Arabia you might not need to worry much.

In this guide, information relating to some of the cheapest universities in Saudi Arabia as well as tuition free institutions. Be sure to toggle through the filters for more details and information on what to expect and what not once you are here!

We hope that you find this useful in your prospects! It is important to know that the majority of universities in Saudi Arabia are run by the government.

These are general universities and do usually charge tuition fees. However, certain universities with a focus on academics, especially those that specialise in fields such as petroleum or health studies can offer free education and books.

In this case, international students can be exempt from fees as well. Exactly why Saudi Arabia should be part of you study abroad options! The main language in spoken in the country is Arabic.

However, English is a secondary language that is used for administration and teaching in some circles. Students are encouraged to study in Arabic and intensive language training courses are typically offered to international students who require it if need be.

To this aid you are encouraged go through the university’s list of required documents before travel to avoid any inconviniences!

Did you know that the Kingdom of Saudi Arabia is the largest country in the Arabian Peninsula? It occupies an area about the size of the United States east of the Mississippi River.

Saudi Arabia’s population is 27 million, including 8.4 million foreign residents, and its capital city is Riyadh. The country’s geography is diverse, with forests, grasslands, mountain ranges and deserts. The climate varies from region to region.

Neighboring countries include Iraq, Jordan, Kuwait, Oman, Qatar, United Arab Emirates, and Yemen. The geography of Saudi Arabia is primarily desert with rugged mountains in the southwest. The government system is a monarchy- the chief of state and head of government is the king and prime minister.

Temperatures here can reach over 110 degrees Fahrenheit in the desert in the summer, while in the winter temperatures in the north and central parts of the country can drop below freezing. Saudi Arabia gets very little rain, only about four inches a year on average.

The country is the birthplace of Islam and home to Islam's two holiest shrines in Mecca and Medina. The king's official title is the Custodian of the Two Holy Mosques.

The modern Saudi state was founded in 1932 by ABD AL-AZIZ bin Abd al-Rahman Al SAUD (Ibn Saud) after a 30-year campaign to unify most of the Arabian Peninsula.

• The country saw the founding of the Islamic faith

• The state is in charge of Islam’s holiest sites

• The Saudi king’s official title is “Custodian of the Two Holy Mosques.”

• It attracts over 2.5 million Muslims from across the world for the Hajj celebrations

Historically, agriculture in the Arabian Peninsula was limited mostly to date farming and small-scale vegetable farming in widely scattered oases, except in a small coastal strip in the southwest.

Small plots produced enough food for the local communities, and any extra was sold to passing caravans. Saudi Arabia’s free market economy has undergone remarkable changes in a relatively short period of time.

It has evolved from a basic agricultural society into a regional and global economic powerhouse with a modern infrastructure.

Petroleum is an integral part of the Saudi economy- Saudi Arabia is the world’s largest producer and exporter of oil. In recent decades the Kingdom has increasingly diversified its economy, and today produces and exports a wide range of industrial goods all over the globe.

The government has an essential role in industrial and economic development. The Ministry of Economy and Planning formulates economic and social development plans that set long-term economic plans.

Additional sectors of the economy are overseen by individual ministries, such as agriculture, energy, transportation, communications and finance. Saudi Arabia is encouraging the growth of the private sector in order to widen its economy and to employ more Saudi nationals.

Approximately six million foreign workers play an important role in the Saudi economy, particularly in the oil and service sectors; at the same time, however, Riyadh is struggling to reduce unemployment among its own nationals. Saudi officials are particularly focused on employing its large youth population.

The country has an oil-based economy with strong government controls over major economic activities. It possesses about 16% of the world's proven petroleum reserves, ranking as the largest exporter of petroleum, and plays a leading role in OPEC. The petroleum sector accounts for roughly 87% of budget revenues, 42% of GDP, and 90% of export earnings.

In 2017, the Kingdom incurred a budget deficit estimated at 8.3% of GDP, which was financed by bond sales and drawing down reserves. Although the Kingdom can finance big deficits for several years by drawing down its considerable foreign assets or by borrowing, it has cut capital spending and reduced subsidies on electricity, water, and petroleum products and recently introduced a value-added tax of 5%.

The government has also looked at privatization and diversification of the economy more closely in the wake of a diminished oil market. Historically, Saudi Arabia has focused diversification efforts on power generation, telecommunications, natural gas exploration, and petrochemical sectors.

Lately, the government has approached investors about expanding the role of the private sector in the health care, education and tourism industries. While the country has emphasized their goals of diversification for some time, current low oilprices may force the government to make more drastic changes ahead of their long-run timeline.

Why Study in Saudi Arabia

The government of the Kingdom of Saudi Arabia offers scholarships every academic year to outstanding students from various countries of the world.

This comes in line with the growing attention and reinforce given by the kingdom to the dissemination of knowledge and scientific research, as part of its multiple contributions to scientific and cultural communication world widely, in foster of the advancement of human civilization.

To receive a Saudi Arabia Student Visa, you must first get accepted in an educational institution in Saudi Arabia.

This is why it is important to apply through RocApply and secure a vacancy in any of the univeristies of your choice the proceed with application for a visa. The school then has to apply at the Ministry of Foreign Affairs for authorization for your Student Visa.

if the Ministry of Foreign Affairs authorizes the visa, you can then apply at one of the Embassies or Consulates of Saudi Arabia near you